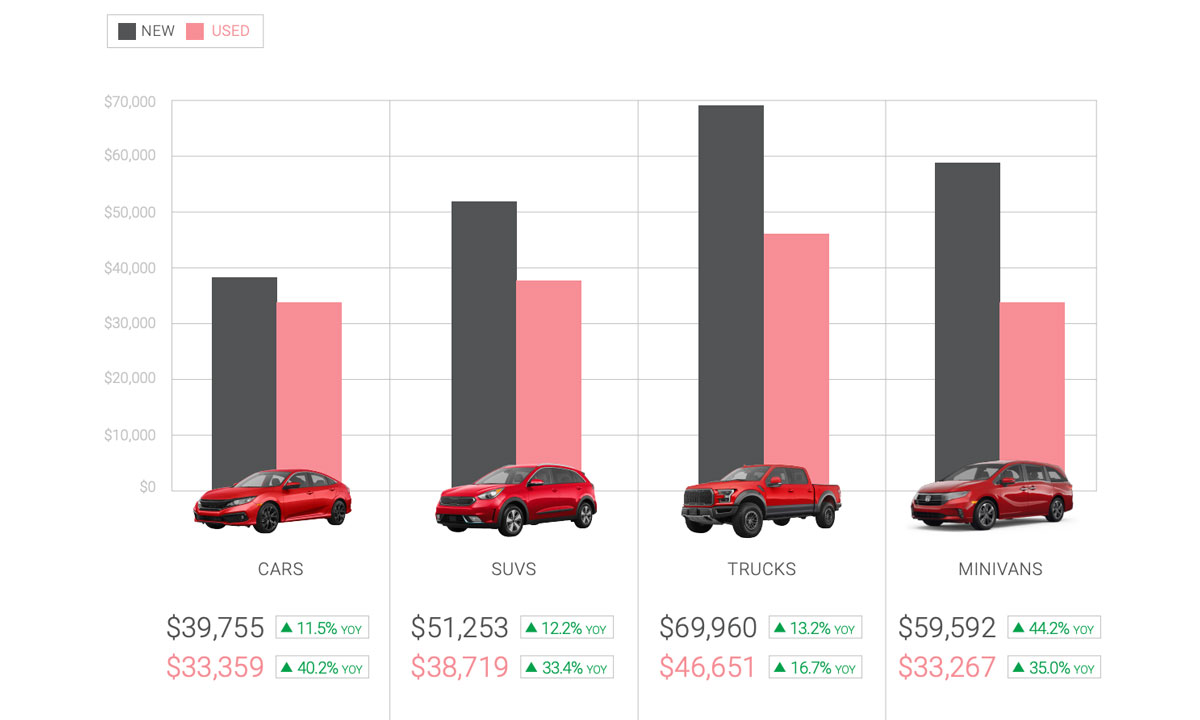 In a report released by AutoTrader.ca this week, it was revealed that auto prices are at record highs across the country. Used auto prices continued to gradually increase throughout the first part of 2022, which is “the opposite of the pricing trends observed in previous years before the pandemic. This trend is similar for new vehicle prices, which also continued to rise.”

Well-publicized inventory shortages due to global events, the pandemic, and material scarcity, which has pushed the demand for new vehicles into the used vehicle market, causing upward price pressure on both segments. Quebec’s prices are not as high as the rest of the country, but have been increasing more rapidly to catch up.

SUVs, minivans and trucks are experiencing the strongest  increases as a result of “growing consumer demand for larger vehicles, with minivan prices increasing at the fastest rate given shortages in the segment.”

According to the study, the price of used North American vehicles has been stabilizing with increased levels of used inventory. AutoTrader predicts that, as vehicle production returns to capacity, it will ‘relieve pressure from car buyers switching to used, which will have a calming effect on price inflation for both new and used vehicles.”

Anecdotal evidence suggests that the Quebec used car low inventory situation may have arisen from dealers outside the province purchasing inventory from Quebec, but the situation is slowly improving.

The top 10 most-searched vehicles over the study period were:

In general, prices have increased substantially year-over-year across the board, from Alberta, with the lowest increase at 32.9%, to Quebec, with the highest, at 43 per cent.