Inflation is at its highest level since 2008, thanks in very large part to a single item whose price has been going through the roof: Cars.

Why it matters: What goes up must generally come down, and there are strong indications — like data last week from prominent used car marketplace Manheim — that the unprecedented rise in auto prices is peaking. In the second half of this year, cars might well be a force making inflation numbers look artificially low.

How it works: The rise and rise of car prices has been one of the dominant inflation narratives of 2021. The cause has been a shortage of new cars, which in turn has been caused by a shortage of the computer chips needed to make any modern car run.

What they’re saying: “These chips are not fungible assets,” Tirias Research analyst Kevin Krewell tells Axios. “You can’t just move them to another fabrication facility with spare capacity.”

Flashback: Fire and ice have both closed chip plants unexpectedly this year, making it harder for them to reconfigure their production lines to go back to making the auto chips that manufacturers desperately need.

The big picture: While new-car prices haven’t risen enormously (sticker prices are sticky, it turns out), the new-car shortage has meant that car-rental companies, faced with booming demand, have become buyers rather than sellers of second-hand vehicles, upending the market’s normal delicate balance. 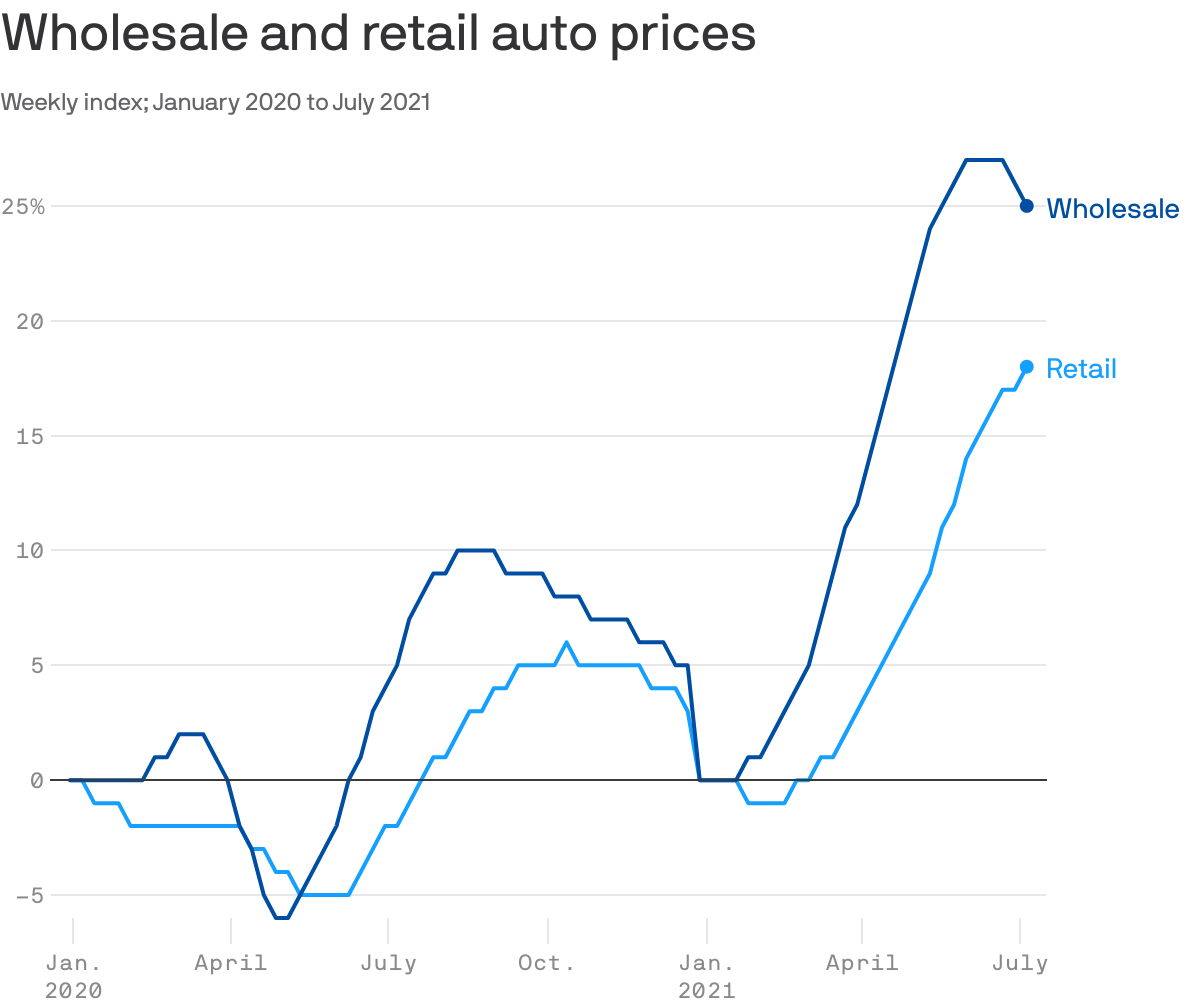